You are here: Home » MOBILITY ACTIONS » Actions in World » London's £10 T-charge comes into effect in fight against toxic car fumes

Drivers of older, more polluting petrol and diesel cars in centre of capital now liable for fee on top of congestion charge 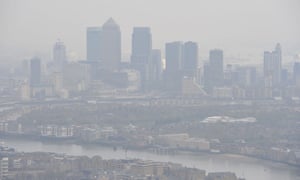 Drivers of the most polluting vehicles must from now on pay a daily charge of up to £21.50 to drive in to central London.

From Monday, people driving older, more polluting petrol and diesel vehicles will be liable for the £10 T-charge, on top of the congestion charge of £11.50, which has been in place since 2003.

The charge has been introduced in an effort to improve air quality in the capital, where legal pollution limits are regularly exceeded. The mayor, Sadiq Khan, said he wanted to prepare Londoners for the ultra-low emission zone being introduced in April 2019.

“As mayor, I am determined to take urgent action to help clean up London’s lethal air. The shameful scale of the public health crisis London faces, with thousands of premature deaths caused by air pollution, must be addressed,” he said.

“Today marks a major milestone in this journey with the introduction of the T-charge to encourage motorists to ditch polluting, harmful vehicles.

“London now has the world’s toughest emissions standard with older, more polluting vehicles paying up to £21.50 a day to drive in the centre of the city. This is the time to stand up and join the battle to clear the toxic air we are forced to breathe.”

The charge came into effect at 7am on Monday. It is applicable to pre-Euro 4 vehicles in the zone, which covers all of central London to the south of King’s Cross station, to the east of Hyde Park, west of the Tower of London and north of Elephant and Castle.

Pre-Euro 4 vehicles are typically those registered before 2006, but Transport for London suggests that anyone who has a vehicle registered before 2008 checks if it is liable for the charge. The total daily levy can be reduced by £1 if drivers register to pay the congestion charge automatically. People living within the zone and driving cars covered by the new charge are eligible to pay as little as £11.05 a day in total for the two.

Speaking to Sky News on Monday morning, Khan said the T-charge would cost about £7m a year, which he said was a “price worth paying”. He added that the ultra-low emission zone, once introduced, would make money that would then be ring-fenced for clean air initiatives.

And he defended the plan against claims it would do little to solve the problem because relatively few vehicles are covered by it, saying it was part of series of measures, including the forthcoming introduction of the ultra-low emission zone.

Mike Hawes, the chief executive of the Society of Motor Manufacturers, said: “Industry recognises the air quality challenge and wants to see London and other cities meet their targets.

“Investment made by the industry into new diesel and petrol technologies has resulted in the most recent cars being unaffected by this new charge in London and, indeed, exempt from any other charges across the UK.

“This new T-charge will affect a very small number of older vehicles so the impact on air quality will be marginal whereas bigger improvements could be achieved by policies which incentivise the uptake of the latest, lowest emission vehicles.”