You are here: Home » MOBILITY ACTIONS » Actions in World » More bikes than cars: this is the world's most bike-friendly city

More bikes than cars: this is the world's most bike-friendly city

Traffic congestion is a perennial issue in many cities around the world. Just ask road users in Mexico City, Bangkok or Istanbul, which topped the list of the world’s most congested large cities in the TomTom Traffic Index 2016. Bikes are hailed by many as one solution to the problem – not to mention that they help with reducing pollution and improving wellbeing, too. 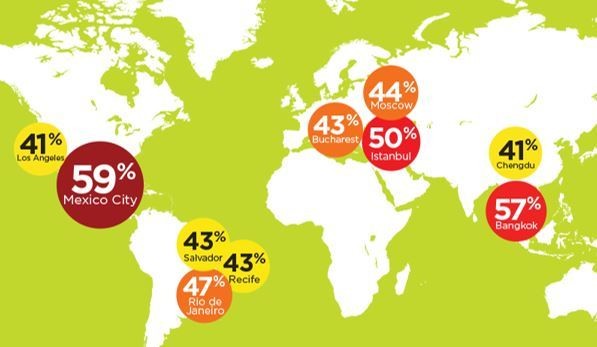 In 2015 Copenhagen was revealed as the world’s most bike-friendly city, taking over the banner from Amsterdam, according to the bi-annual Copenhagenize Index. 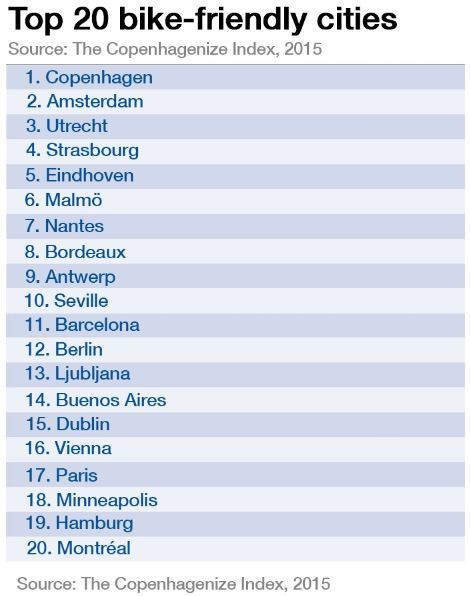 The good news is that new figures from the City of Copenhagen have shown that the number of bikes entering the city centre daily is now exceeding the number of cars.

As the company behind the bike friendliness ranking, Copenhagenize, reports, this is the first time the figures have flipped between the two modes of transport since the authorities started counting in 1970. Over the last year, 252,600 cars and 265,700 bikes made their way into the city every day. 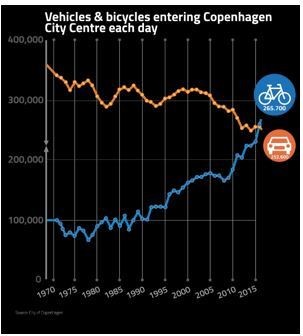 Copenhagen is likely reaping the benefits of a 1 billion Danish krone (US$143 million) investment in making the city centre more bike friendly. Amongst other improvements to the city’s cycling infrastructure, new bike bridges have been constructed so cyclists can get into the centre without battling for space with cars and other vehicles.

Among people who live in the city, 56% use their bikes, 20% rely on public transport and only a mere 14% drive on a daily basis, making cycling Copenhagen’s preferred mode of transport. 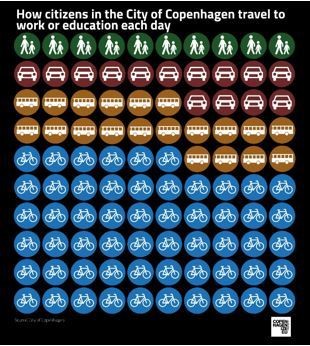 It is not surprising then, that out of nearly 300 cities surveyed for the TomTom 2016 traffic index, Copenhagen is only the 185th most congested while Amsterdam and Utrecht – the two runners up for bike-friendliness last year – feature at numbers 199 and 253 respectively.